“The Offing" by Benjamin Myers - review 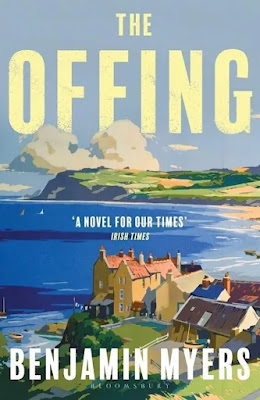 “The Offing“ by Benjamin Myers:

In this quiet touching lyrical tale, set in rural England just after Second World War has ended, a man looks back at a single summer and remembers the life-changing unusual friendship he found then.

16-year-old Robert Appleyard, in an act of “escapology and rebellion”, leaves his Durham village in the north in search for any work that isn’t coal mining and sets out on a journey that takes him to the east coast where, in an old cottage living alone with her dog Butler, he encounters Dulcie Piper, a woman three times his age. Soon an unlikely symbiotic relationship evolves between the two. He tends to the house and garden, she provides food, shelter and intellectual nourishment.

Dulcie is an imposing, many-faceted character, foul-mouthed and eloquent, aesthetically inclined, a worldly and sophisticated woman with a past, a woman who embodies fearless independence and strong will, all of which she freely shares with the boy and encourages him on his way to find his calling and his true self.

The cottage is situated at the coast, at a place called The Offing, which is “the distant stretch of sea where sky and water merge”, a perfect place for the transition of a boy into a young man and Myers enticingly portraits in lyrical, almost baroque and old-fashioned prose, the lucid coastal landscape, the lights, the sounds, the fauna and the flora. Almost on every page we find endearing little gems of descriptive words, such as “The fish were still held close to my face. I looked into the ruined mirrors of their pupils and saw the deep green and magnesium striped pattern of their lean but muscular flanks, their bellies the colour of molten lead.”

The total of the book emanates a slight melancholic warmth which is really a sensual pleasure compared to so many books out lately who eschew emotionally tinted language (i. e. Rachel Cusk) and strive to be “cool”.

Dulcie plays mentor to Robert’s poetic talent, tells of her lost companion who was also a poet and played a very important part in her life. She coaxes him gently to recognise his dormant talents and to choose a life for and believe in himself, regardless of family tradition.

This is a warm, positive, optimistic book for dreamers or those who once had a dream, for swimmers against the current, for worshippers of nature, of life, for distrusters of authority, for believers in the Good and lastly for all those who still believe in the transcendent power of art and love. It is a reminder that “permanence is an impossibility and that everything is in flux”.

“After all, there are only a few things worth fighting for: freedom and all that it brings with it. Poetry, perhaps, and a good glass of wine. A nice meal. Nature. Love, if you’re lucky.“ 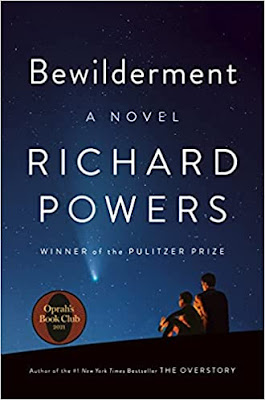